While the internet debates on whether pineapple belongs on pizza, the age-old debate of green tea vs. coffee still hasn't been settled!

Our question is: Why not both?

Coffee and green tea are both loaded with important -- and very different -- antioxidants.

If you start the morning with a dark cup of coffee and brew up a cup of tea mid-afternoon, you're on the right track for well-rounded antioxidant defense.

But what about the finer details?

Is one really better than the other? What about caffeine? Let's take a closer look.

Green Tea Vs. Coffee: An Overview Drinking coffee as we know it today originated in Yemen -- in the coastal city of al-Mokha (or mocha in English) to be precise -- in the middle of the 15th century. (1)

Despite the current war, the Yemeni city of al-Mokha still grows and produces superb coffee beans.

Green tea, on the other hand, got its start somewhere between 600-900 AD thousands of miles east in China. (2)

Today, countries throughout Asia including Japan, Korea, and India are all famous for their unique tea and oxidation techniques.

As far as green tea vs. coffee preparation goes, they're both as easy as it gets.

All you really need is some water, ground coffee or tea leaves, a container, and a heat source. Coffee definitely has a higher amount of caffeine than any tea.

Keep in mind that every cup of tea and cup of coffee contains a different amount of caffeine.

With coffee, caffeine depends on the beans and how they're brewed.

Hint: Turkish or Arab coffee (boiled) and percolated have the most caffeine (200-240 mg on average) followed by drip coffee (145 mg).

If your buying coffee to go, Stabucks coffee has the highest caffeine content at around 330 mg in a Grande. McDonalds has a lot less, with about 145 mg in a cup the same size.

Instant coffee usually contains about half the caffeine as brewed coffee.

But we're talking about green tea vs coffee here and green tea contains even less caffeine than black tea: about 25 mg to 50 mg of caffeine. (4)

With a cup of green tea, the caffeine content is even more temperamental.

Soil, altitude, tea leaf location on the plant, and steeping time all impact the caffeine content.

Since matcha green tea is made by grinding up the entire leaf, it naturally contains more caffeine (about 70 mg on average, about the same as espresso), antioxidants, and nutrients than any steeped green loose-leaf tea.

You can think of matcha as the tea version of Arab or Turkish coffee which involves drinking coffee with the grounds at the bottom of the cup.

Hint: 80% of green tea's caffeine content enters the water within the first 30 seconds of steeping.

The Health Benefits of Green Tea Tea drinkers will be happy to know that their daily cups of green tea do more than provide a natural energy boost.

Studies suggest that the amino acids in green tea, such as l-theanine may boost GABA and dopamine which can improve your sense of wellbeing and improve concentration. (6)

In fact, the combination of l-theanine and caffeine have a synergistic effect in the brain. That's why you feel calm yet alert without jitters. (7)

Studies also show that the catechins in green tea may protect your brain from degenerative diseases like Alzheimer's and Parkinson's. (8, 9)

In terms of weight loss, research shows that regular tea consumption as part of a healthy lifestyle can boost fat-burning potential and lower blood pressure and blood sugar -- which can reduce your risk of heart disease, type 2 diabetes. (10, 11, 12)

The Health Benefits of Coffee A few cups of coffee each week deliver intense antioxidants and plenty of caffeine for awesome health benefits.

Of course, everyone knows that caffeine is the ultimate tool for improving concentration, energy levels, and reaction times.

However, many people may not realize that coffee makes a great pre-workout drink.

Studies suggest that caffeine can improve fat burning by nearly 30% in people with a healthy weight and 10% in people with obesity. It tells your body to break down and use stored fat as fuel. (15)

Beyond fat burning, coffee can also stimulate your brain's production of adrenaline to boost your physical performance by up to 12%! (16)

Try mixing some cordyceps extract into your coffee for an entirely natural pre-workout latte. Cordyceps can stimulate oxygen uptake and ATP production. (17)

At the same time, too much caffeine can lead to side effects like jitters, anxiety, and heart palpitations so moderation is key.

Green Tea Vs. Coffee: How to Get the Health Benefits of Both

We can hear you now: "okay this is all great, but which is better?"

When it comes to green tea vs. coffee, the truth is they're both great!

If you're sensitive to caffeine and would like to lower your caffeine intake, by all means, swap out your morning cup of coffee for some green tea.

However, the real answer is: why not both?

Both green tea and coffee are loaded with unique antioxidants. In fact, coffee is the number-one source of antioxidants for most Americans.

Enjoy a coffee pick-me-up in the morning and a cup of green tea in the afternoon.

If you'd like to enjoy an energy boost from coffee consumption without the jitters, simply take an l-theanine supplement about 30 minutes before your cup.

The amino acid l-theanine provides a calm focus -- like green tea -- but with more energy from the high amounts of caffeine.

Just remember to moderate your caffeine intake, and try to keep it below 400 mg per day. And keep in mind, every one is different- so do what works for you! 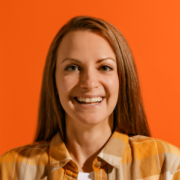 10 Supplements and Vitamins to Boost Your Coffee (Besides Butter)